"I believe Bo left for a reason and his life has purpose. If it's to increase the conversation around mental illness – then that's what we're driven to do. To help other parents.... to help the community."          – John DePaola, Bo's Dad

Bo's Effort Proud to Be a Sponsor of LHAAMC's
Denim & Diamonds for 2nd Consecutive Year!

Funds raised at this event will go towards expanding the mental health services at Luminis Health Anne Arundel Medical Center. 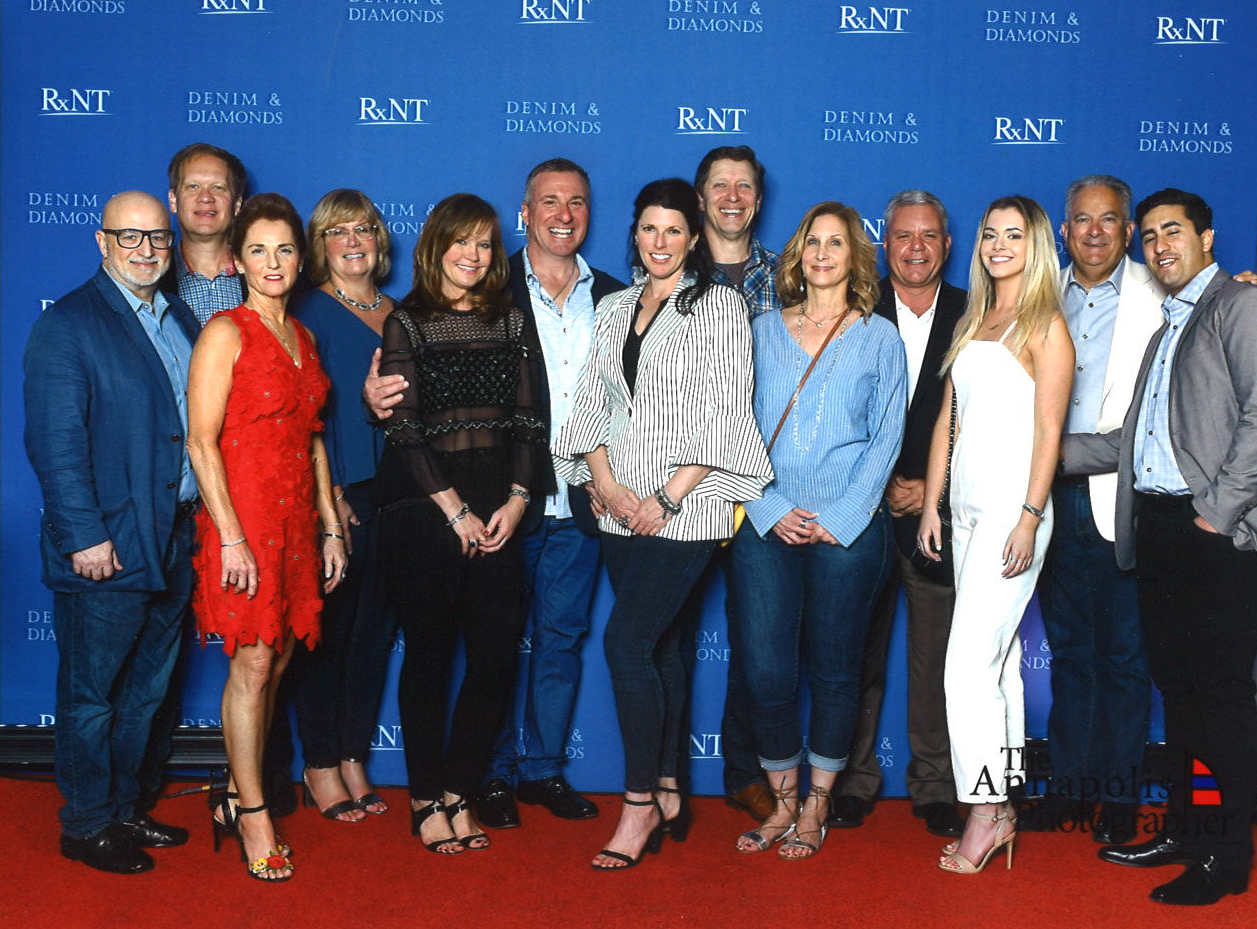 December 3, 2017 – Ddozens of Bears players participated in the NFL’s “My Cause, My Cleats” campaign, which allows players to promote charitable causes on their shoes. The cleats are then auctioned off to raise money for the charities.  In the excerpt below from The Chicago Tribune, learn why Andrew DePaola chose Bo's Effort as his cause:

So Bears long snapper Andrew DePaola knows when he looks down at his feet covered in the colorful design Sunday, he will think, “Yeah, that’s Bo-man.”

Andrew described his cousin Bo as a bright, loving 20-year-old who also was battling bipolar disorder when he died from an overdose in 2015. Andrew said some of his family didn’t know Bo struggled with mental illness.

“We never talked about it, so when the tragedy happened, it hit us pretty hard and pretty sudden,” DePaola said. “We all were looking for answers, and not just us, but his parents. It was a tough time.”

But out of terrible circumstances, Bo’s parents, John and Jill, have tried to create something good with Bo’s Effort, a charity devoted to erasing the stigma of mental illness through awareness, education and treatment. That also will be Andrew’s aim Sunday — to encourage families to talk to each other about such struggles.

“People don’t really like to talk about it,” DePaola said. “They like to keep it quiet. I’m just trying to get families talking about it, to say, ‘Hey, I have a family member, a loved one with mental illness.’ Don’t hide it. … Get the help you need. Unfortunately my cousin didn’t, and he’s no longer with us. Hopefully we can make an impact and help somebody else who is struggling with mental illness to get the help they need."

John and Jill DePaola met Patrick Kennedy at a leadership lecture at LHAAMC.  His book combines Kennedy’s professional and personal stories and focuses on the time between his problems became public and the present day. “A Common Struggle” takes a long look at Kennedy’s journey toward his own recovery and analyzes the American tendency to treat mental illness as something that stays out of sight as a family secret.

In addition to discussing his own story, Kennedy seeks to provide a plan to bring equality to the mental health community and create a plan for the future of mental health policy. This book works as a call for empathy for a situation that affects many families as well as a call to action. 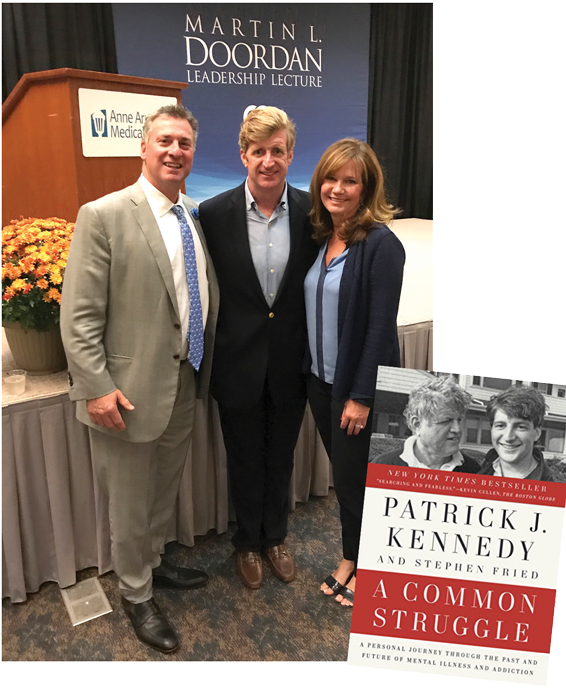 Bo's Effort Proud to Be a Sponsor of LHAAMC's
Denim & Diamonds in 2017!

Funds raised at this event will go towards expanding the mental health services at Luminis Health Anne Arundel Medical Center. 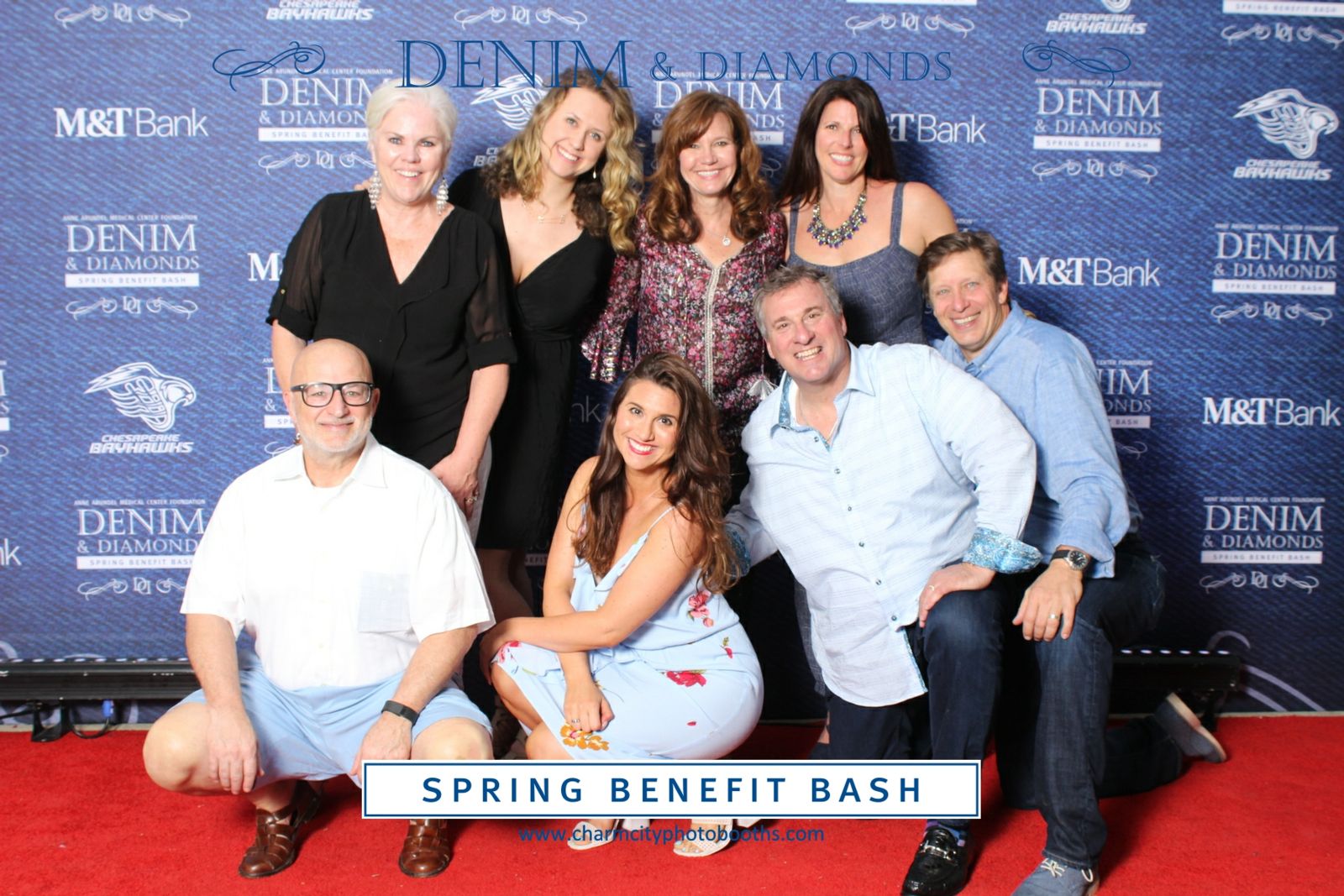 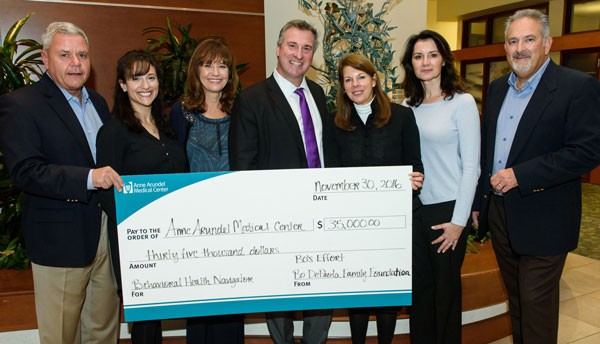 On November 30th, Luminis Health Anne Arundel County Medical Center hosted a reception celebrating the achievements of Bo’s Effort in the mental health community thus far.  And Bo is just getting started!  At the reception, Bo’s Effort presented LHAAMC with a check for $35,000 and NAMI $15,000 –  funds raised from our generous supporters at the first Bo’s Effort Golf Tournament.

We are very excited to announce that LHAAMC’s first Behavioral Health Navigator is Alicia Penn!  Alicia is already having a positive impact at LHAAMC and the community at large by helping to eliminate the stigma of seeking mental health treatment.  She is no stranger to the mental health needs of Marylanders having spent 7 years as a therapist and a medical social worker.  These positions taught her the importance of offering compassionate care to the community.

Bo’s Effort is extremely proud of the work we’ve been able to do so far and look forward, with the continued help of our Bo’s Effort family and friends, to being able to do so much more to destigmatize mental illness.

My Cause My Cleats Campaign Features Bo's Effort! 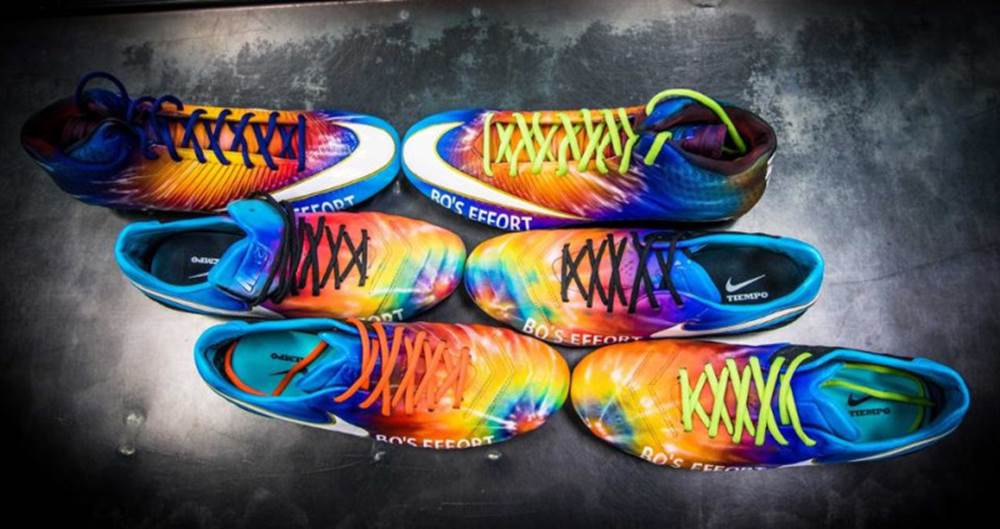 Why Donations Make a Difference

Hear first hand from Bo's family about their experience and from the experts at LHAAMC and NAMI about what your donation can do.

Did You Hear the PSA on the Radio?
Getting the Word Out to End the Stigma 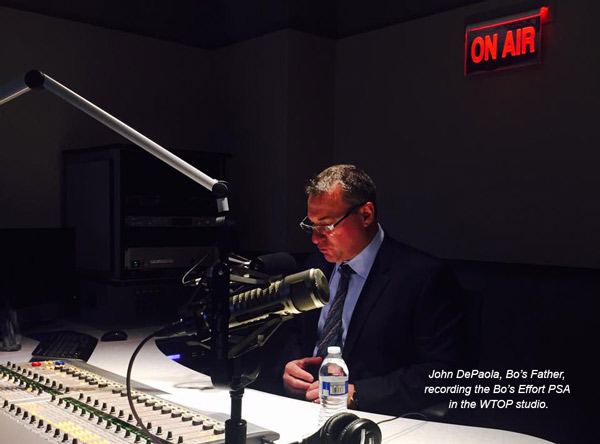